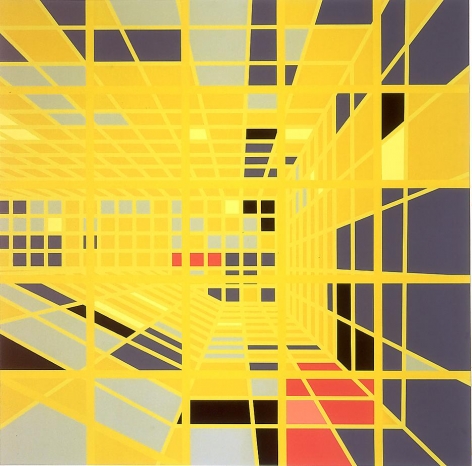 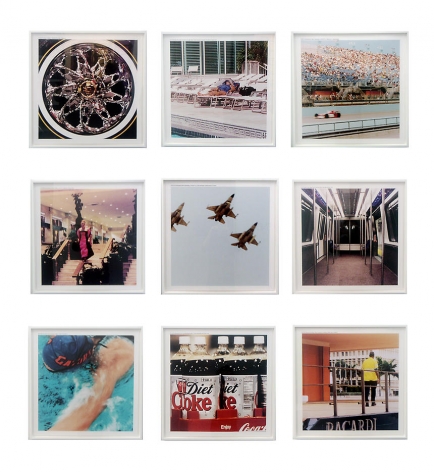 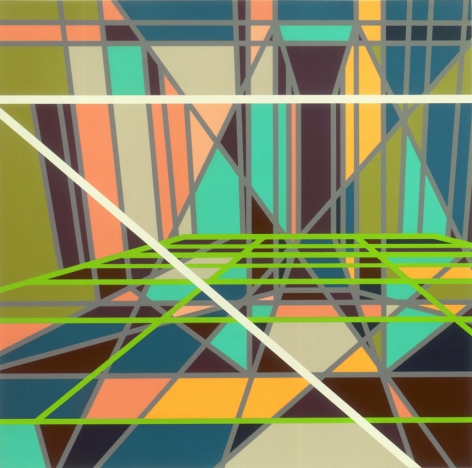 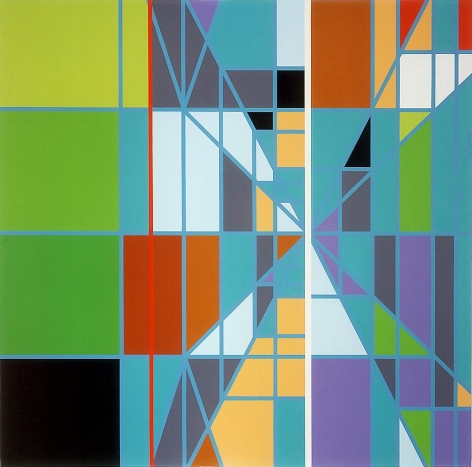 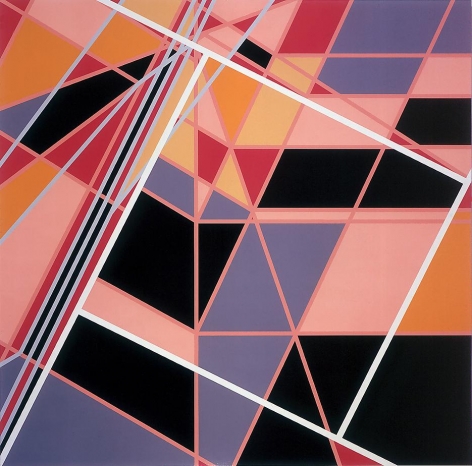 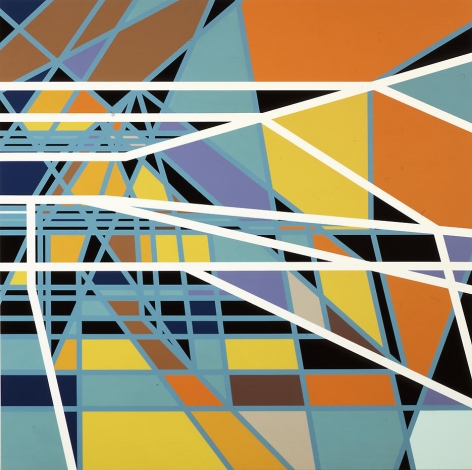 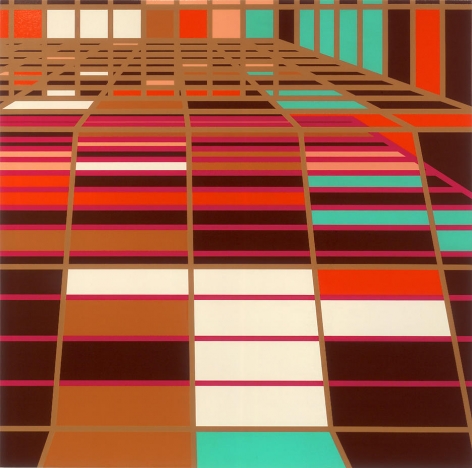 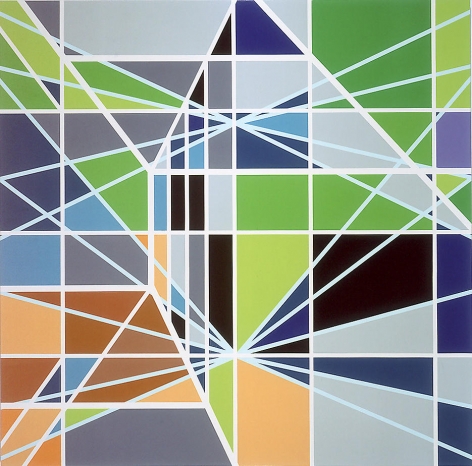 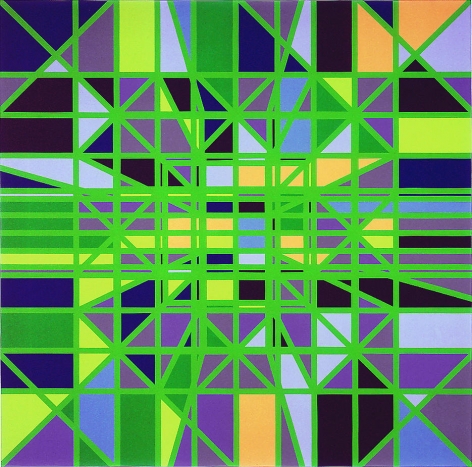 Sarah Morris has produced a new body of work that functions in parallel to her recent film "Miami". Each painting reflects the dynamic complexity of architectural and urban construction. A non-rational grid is produced that works as a coded reference to a city seen reflected in the pools that punctuate its growth and sprawl. The color palette accentuates a combination of luxury and the everyday; the brown and red of Coca-Cola melds with the coral colors of hibiscus or the imaculate cream of a car interior. The work developed during numerous visits to the city and extraordinary access to private locations alongside sweeping tours of the urban infrastructure.

The complexity of the paintings is heightened through Morris' constantly developing use of color, which is the result of the creation of her own system that is continually being supplemented and adjusted. Each work is developed slowly in multiple permutations before the final appearance of each painting is decided.

The paintings relate to each other in the same way that the cityscape is identified as a whole despite its diversity. It is this constant shift in focus from an overall urban pattern to precise focus that is at the heart of the work. We are not considering notional space from a single point of view. The work shifts in perspective from the long shot to close up simultaneously in a single work. Dimensionality skewed through the prism of the pool – tropical modernism and growth only held back by the sea and the Everglades.

The relation between the paintings and the film is parallel and structural rather than specific. The paintings are gridded and multi-faceted rather than narrative. Instead of focusing on the dynamic surface of a place a sequence of potential underlying grids and routes are revealed. The paintings exist as independent images that spin free from the multiple reference points that might have prompted them. The work provides an enigmatic code revealing a representation of vision, or state

of mind, as much as a precise route back to the source. The city is a location of fantasy, projection and frustration. Miami is a site of ideological battle framed by an architecture that embodies potential. As a source it provides a perfect sequence of markers that underscore the aesthetic potential of Morris's work in general. The ambiguity of the city, its politics and its energetic self-presentation is heightened and explored through a sequence of free-floating constructions that more beyond representation towards a matrix of analysis and desire.